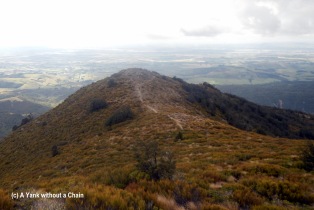 Climbing Mt. Oxford – a little more than halfway up.

I went with a group from Meetup to climb Mt. Oxford, a relatively easy day trip from Christchurch. It was a very foggy day, which affected the quality of the pictures I was able to snap, but I managed to get a few good ones. There is quite a bit of diversity in terms of natural features, including dry beech forest, sub-alpine scrub, tussock tops,  and podocarp forest. Overall it was a great day!

END_OF_DOCUMENT_TOKEN_TO_BE_REPLACED

The Everglades is a 1.5 million acre swath of wetlands in Southern Florida. There are two main highways that cut through the preserve – the Tamiami (Tampa to Miami) and I-75 (Alligator Alley). Tamiami is generally considered the more touristic way to see the sites, as there are several stops with walking paths along the way. It’s easy to see alligators most times of year and there are tons of bird species as well. My favorite walking path was at the Kirby Storter Roadside Park as it was a bit quieter and more secluded than the other areas. If you’re feeling particularly adventurous, there are also extended walking trails for longer camping trips.

The little town of Ochopee is a nice stop along the way if you’re doing a road trip. You can see the smallest post office in the United States and grab lunch at Joanie’s Blue Crab, a divey local joint with lots of fried seafood on offer.

END_OF_DOCUMENT_TOKEN_TO_BE_REPLACED 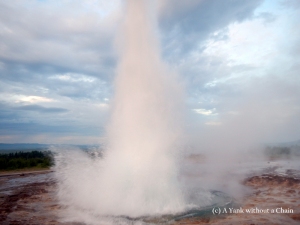 Strokkur, Geysir’s neighbor, erupts every 4 minutes or so

I arrived at Gulfoss, one of Iceland’s most famous waterfalls, at just about 2 o’clock in the morning. I had drunk a lot of Red Bull before the drive because I was nervous about getting drowsy, and the drink worked better than I had expected. Full of energy, I decided to just go ahead and visit the falls in the twilight, which turned out to be a magical experience.