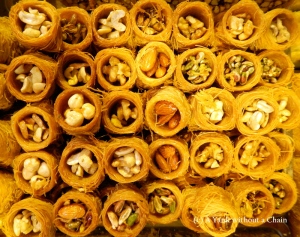 I spent nearly a week in Istanbul in 2008. I was working in Moscow at the time and took advantage of a cheap flight for my spring break. I absolutely fell in love with the city and it was one of my first solo trips where I felt fully comfortable meeting people and coming out of my shell a bit. Istanbul has a bit of a sweet spot in my heart.

On this trip I knew I had to come back to Turkey, and while my priority has been to explore the coast and other more rural areas, I was excited to get back to one of my favorite cities. On my first visit I saw all the major sites: the Blue Mosque and Hagia Sofia, Galata Tower, a tour of the Bosphorus. During this weekend visit I got further east along the river to some of the ritzier areas, thanks to a friend of mine who lives in the city and acted as tour guide. I also went to the amazing spice market and Grand Bazaar and got my fill of Turkish delight!

In addition to seeing some more interesting places, I also learned about the protests that begin in June of this year and have continued until now, albeit less frequently and with less international media attention. I began to understand how Turkey’s politics and cultural attitudes have evolved over the past 80 or so years and how Abdullah Gul – the current president of Turkey – is trying to dismantle a lot of the progressive attitudes and behaviors that have become more commonplace. It was interesting for me to see some of the headlines come to life and actually be able to speak to people who are protesting; however, I avoided Taksim Square on the Saturday night I was in the city as the whole area was shut down and I didn’t want to get caught in any crossfire.

Flags at the Grand Bazaar

The Grand Bazaar in Istanbul, an over 500-year-old covered market

A detail of the ceiling at the Grand Bazaar

Wares on display at the Grand Bazaar

A woman working at the spice market in Istanbul

Some of the spices at the gorgeous spice market 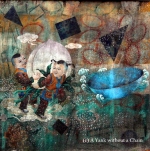 Houses on the Bosphorus near the Kadikoy neighborhood in Istanbul

Some boats with the lit up Bosphorus Bridge in the background

A quiet Sunday afternoon in Taksim Square, just 12 hours after protests had shut the area down

Love for Ataturk in Taksim Square

One thought on “An Istanbul Weekend”